Colombo may have the statue, right in the center of the place of the Angels (which marks its passage on the island in 1493, on the return of its discovery of America), in front of the first church of the Azores, the Hermitage of Our Lady of the Angels, but it's the angel witch who makes us see the sky.

Between Praia de Lobos and the place of Angels, northwest Marian, foundational places of Santa Maria – and from here there would be Azores – the rocks offer themselves to the vagaries of the imagination. Here, it is already part of the local folklore, the drawing of the nose and chin of the “witch”, and once detected the face, in profile, it is impossible to see anything other than “the” witch. Nelson Moura, nature watcher and our guide, even invented a story for the cache left there (he is a geocaching practitioner), which involves mermaids (a beautiful and ugly sisters) and discoverers.

Nature in Santa Maria reveals itself as a natural geological encyclopedia, and in the “red desert of the Azores” – official name, Barreiro da Faneca – we find an example of 835 hectares of the last eruptive phase of the island, which reveals itself in the clayey soil of color (it is easy to imagine Africa), which is exhibited with some dunes, resulting from erosion – not many months ago, a couple of tourists ventured with a jeep through the mud after heavy rain and stayed with the car stalled. Today, the soil is consistent q.b. and we can focus on singing the elusive “Estrella de Santa Maria”, “bird the size of a key, lighter than a packet of sugar and endemic on the island.” 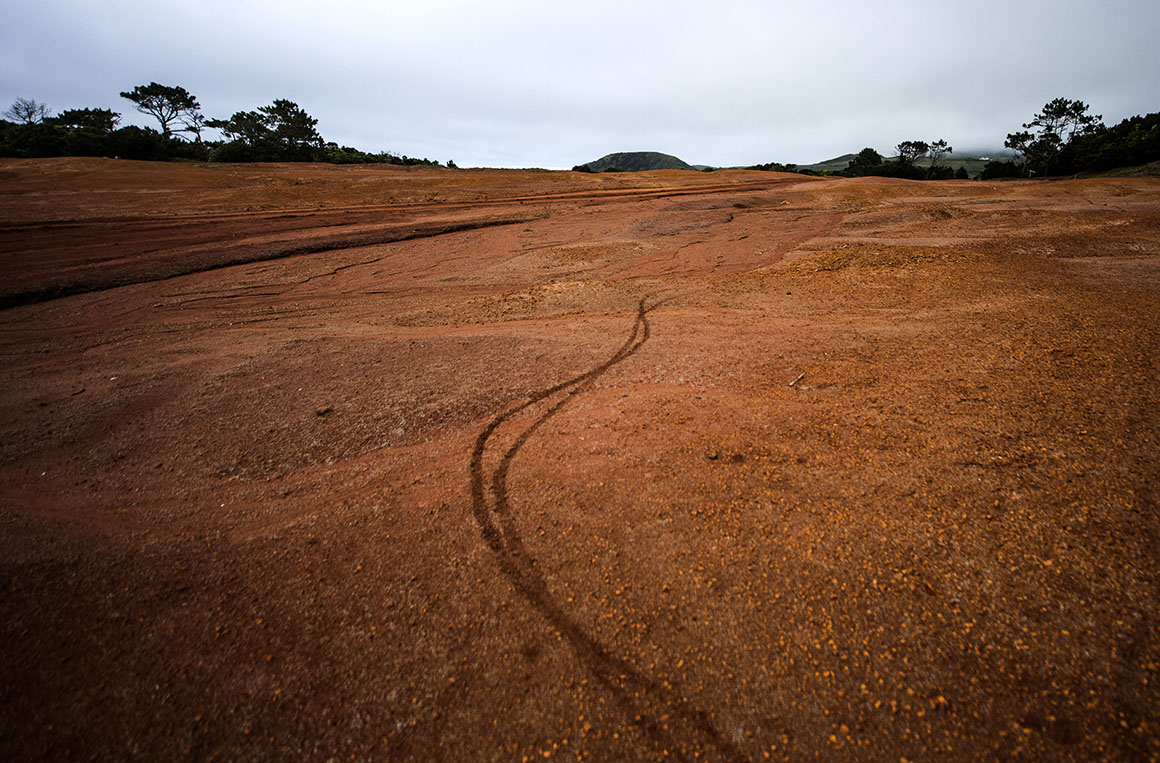 THE NEWS IN YOUR EMAIL

Do you want to receive all the news in your e-mail? Subscribe to Destinazores now and stay up to date with all the news.

Increase the visibility of your company through the presence in Destinazores. Register now for free by clicking on the image above.
GET ALL THE NEWS!